As Japan was blessed with glorious weather throughout her consecutive bank holidays known as Golden Week, omnipresent were Shoki statues alongside other ornaments for Boy’s Day celebration, Tango no Sekku. The deity figure of academic achievement and protection is ever so popular in early May. 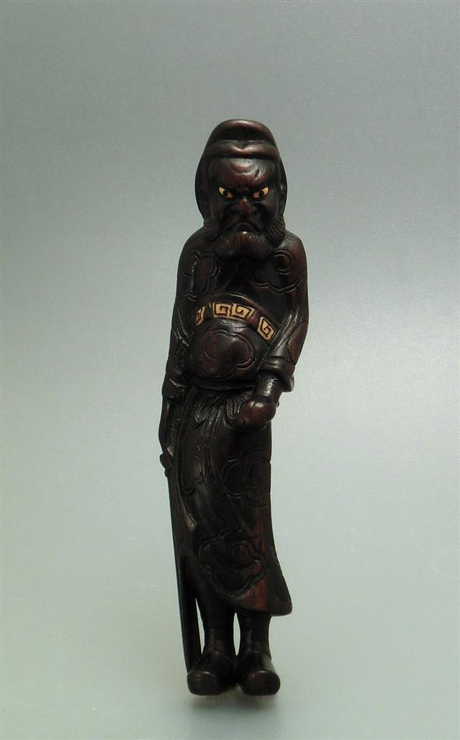 
The legend is that Shoki had appeared in the dream of Emperor Xuanzong of Tang dynasty in China and helped the sick emperor recover by killing the demons causing the illness.


In a city like Kyoto, one may spot Shoki statues on the roof tiles of many old style Japanese housings. 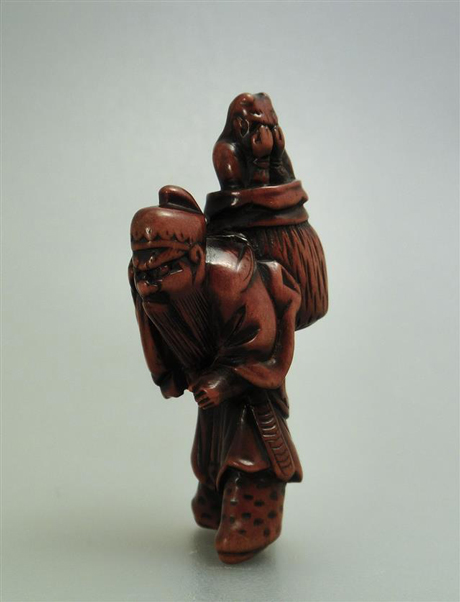 
By the elaborate and detailed designs of many Shoki Netsuke, it is hard to doubt
its popularity during the Edo period as a subject of the palm-sized sculpture.


A diagram of Shoki and Oni by Shuzan
from Soken Kisho (published in 1781). 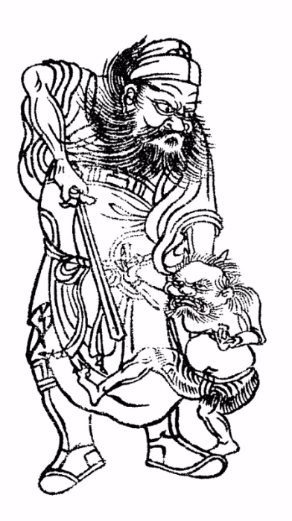 and a Netsuke with similar composition 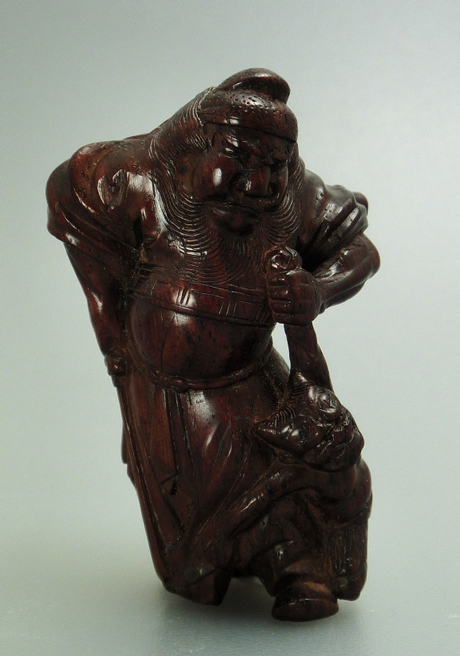 
In the same book is a Netsuke of Shoki sharpening his sword by Tametaka(為隆) of Bishu (present Nagoya area). This well-recognised design is similar in style to the paintings of Shoki by Sesson (1504?~1589), a celebrated Japanese monk and a painter from Muromachi period. 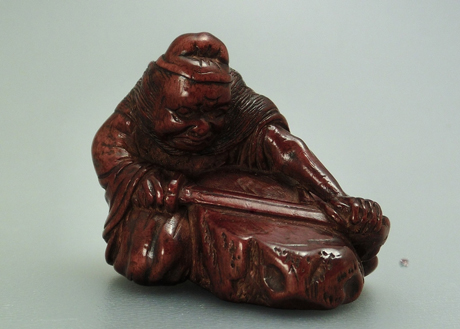 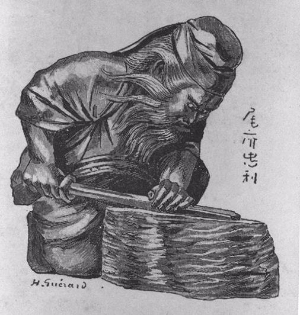 Tametaka’s pupil, Tadatoshi has also carved a very similar Netsuke, as shown in the above diagram. A record shows that this Netsuke was part of the Netsuke collection by Louis GONSE (1846-1921), a renowned Japanese Art enthusiast of French origin, and the hand-written words on the diagram is said to be written by Gonse himself.