With the arrival of the Rooster Year came the Queen of Winter who seemingly covered most of Japan, from Hokkaido to Kyushu Islands, with snow and breeze.

Then in the blink of an eye, tomorrow is Risshun (立春 “Beginning of spring”) following today’s Setsubun（節分).

Together with the plum blossoms blooming ahead of many anticiapticipated other flowers, we sense the new cycle of Twenty-four Solar Term for 2017 commencing. 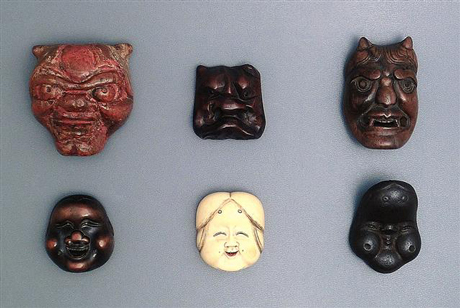 On the day of Setsubun (a bean-throwing festival which falls on early February), people, especially those born in the same zodiac sign of the year and those whose age fall on Yakudoshi (厄年 a set of ages believed to be “unlucky”), throw beans around their houses, temples, and shrines with the hopes of keeping away evil spirits and sickness as they shout ” Oni wa soto, Fuku wa uchi!” (“Out with Ogres, in with happiness!”).

However, some regions in Japan shout differently: ” Oni wa uchi, Fuku wa uchi!” (“In with Ogres, in with happiness!”) as the people in those areas enshrine ogres which are believed to exorcise evil spirits. 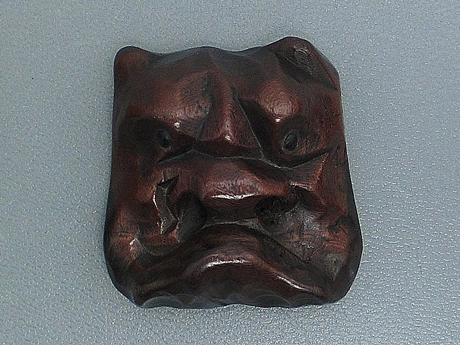 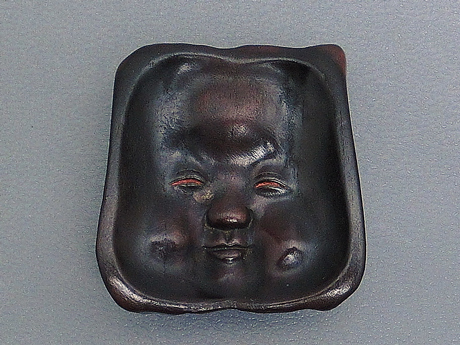 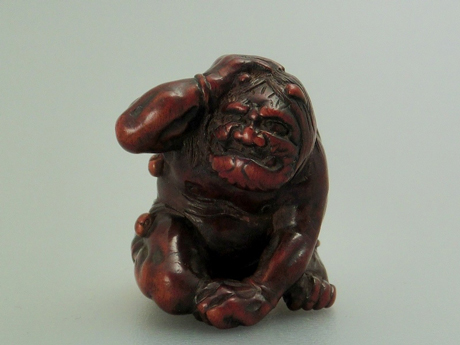 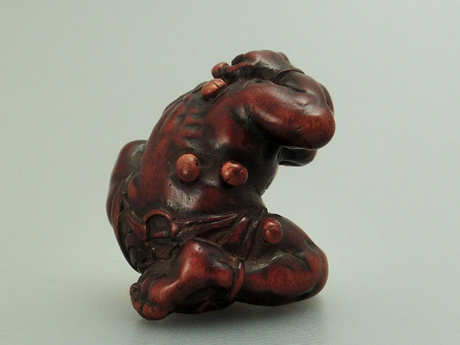 As Oniyarai (鬼やらい bean-throwing ceremony) was deemed sacred, people of Edo dressed in Kamishimo (裃 a formal wear for samurai and courtiers) during the ritual and presumably placed special orders for Netsuke and Inro with the designs of Oniyarai, Oni masks and Ofuku masks specially carved for this ceremonial day. 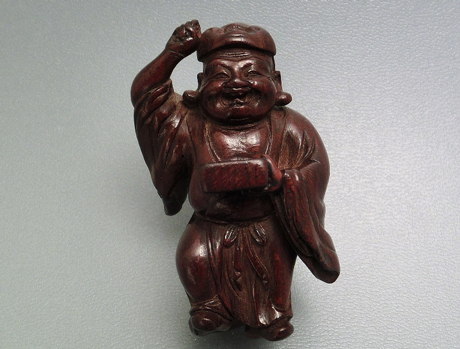 So the Netsuke in the picture above is a Bean-throwing Hotei (布袋の豆撒き）.

An unusual Netsuke of Hotei throwing beans with a happy smile, big thick earlobes, and Ofuku mask worn over his head. 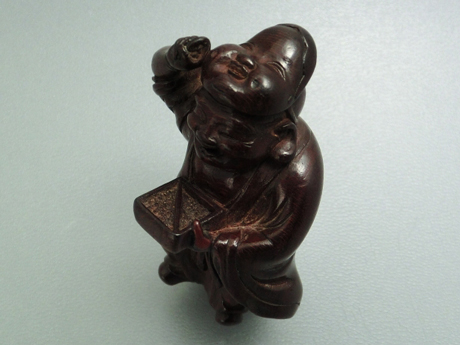 Depicted in the fist of his right hand and in Issho Masu (wooden box cup initially used for measuring rice) are ample roasted beans. 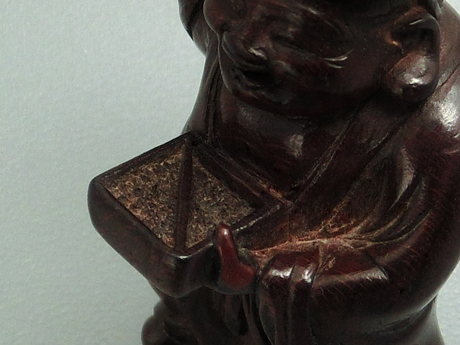 Moreover, Issho Masu partitioned diagonally leads to
double (the portion) Masu = Masumasu
and half of Issho = Hanjo.
Together it is Masumasu Hanjo, much prosperity.