Various types of dog designs are found in the Netsuke world, including western-style dogs most likely introduced by Dutchmen centuries ago. 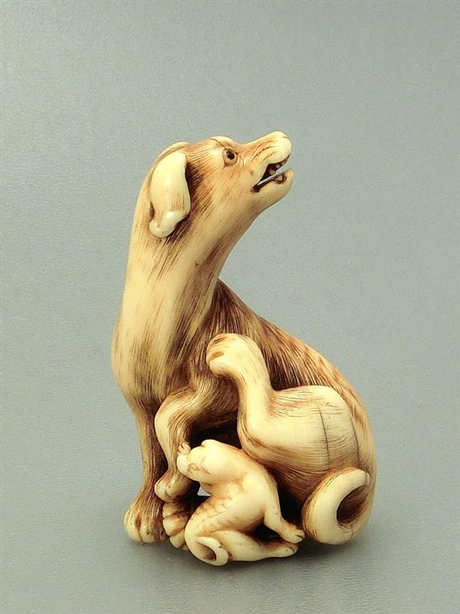 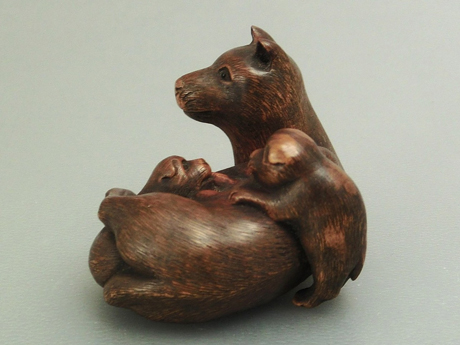 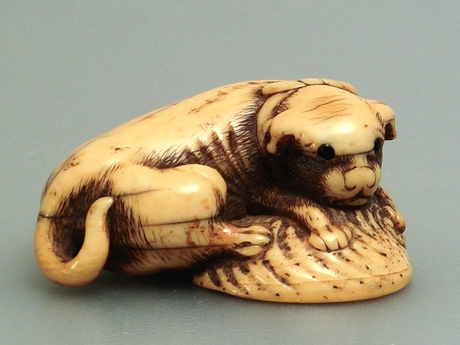 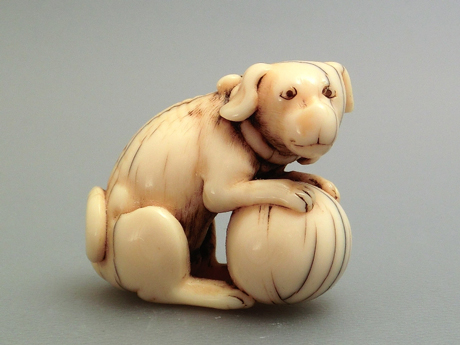 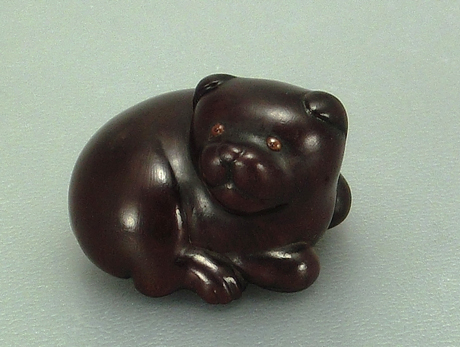 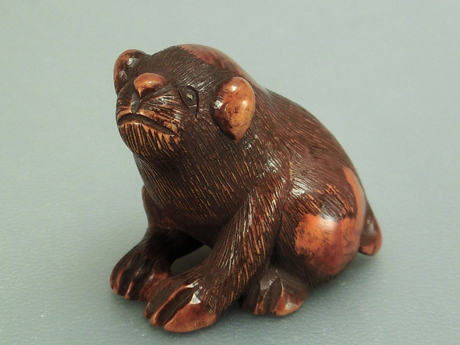 And here is a one-of-a-kind 18th century Netsuke
of an entertainer and a puppy: 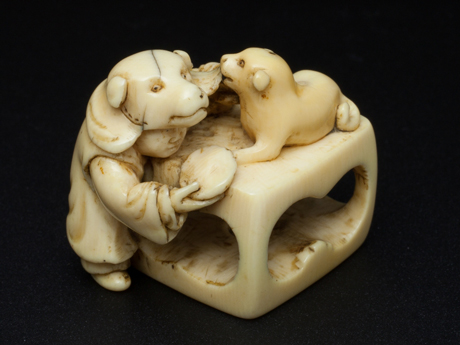 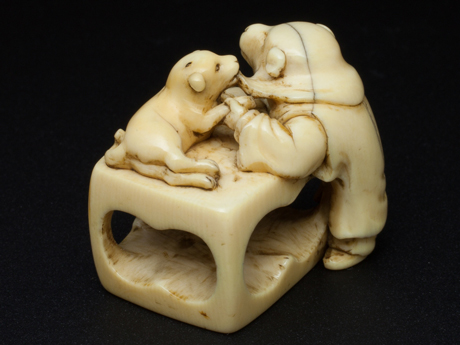 
A Netsuke depicting an entertainer wearing a dog-face headgear feeding a puppy on a pedestal presumably in an attempt to teach him a trick.


By the Tokugawa Iemitsu shogunate era (1624-1645), trick-performing dogs were already an entertaining spectacle in venues such as Shijokawara in Kyoto. 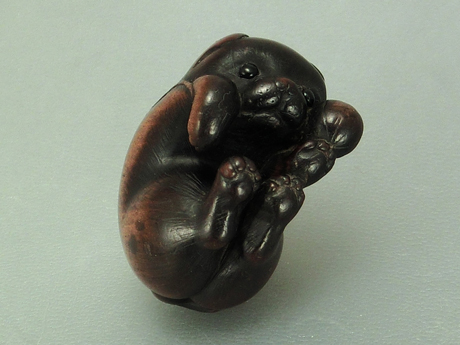