Firstly, I would like to express my sincere condolences to those affected by the devastating torrential rain which hit western Japan starting the full moon night of 28 June until 8 July, one day after the Tanabata festival…


Just as Tokyo reached its highest temperature ever on Monday with a scorching 41.1 degrees Celsius, the heatwave seemed to have struck most regions of Japan.

As much as we benefit from thousands of rivers and canals in this country, we also have a history of taking measures at critical times against floods and droughts, and the incredible images of violent muddy streams have been likened to Mizuchi (legendary serpent-like creature) and dragons since the ancient times.

Serious prayers have been offered to deities, especially to bring about abundance under mild weather, without heavy rain nor drought. 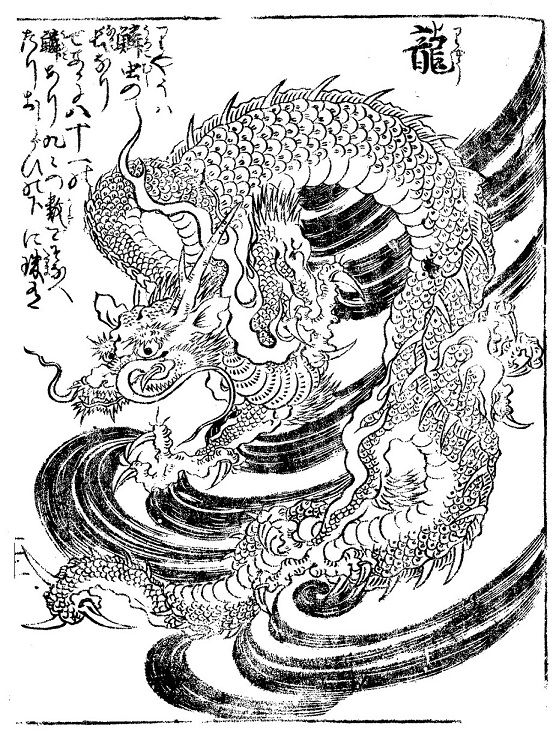 
As water prevents fire from spreading, water-themed designs have become popular for tobacco accessories during the Edo period. Many dragon subjects could be found among pieces made during this time. 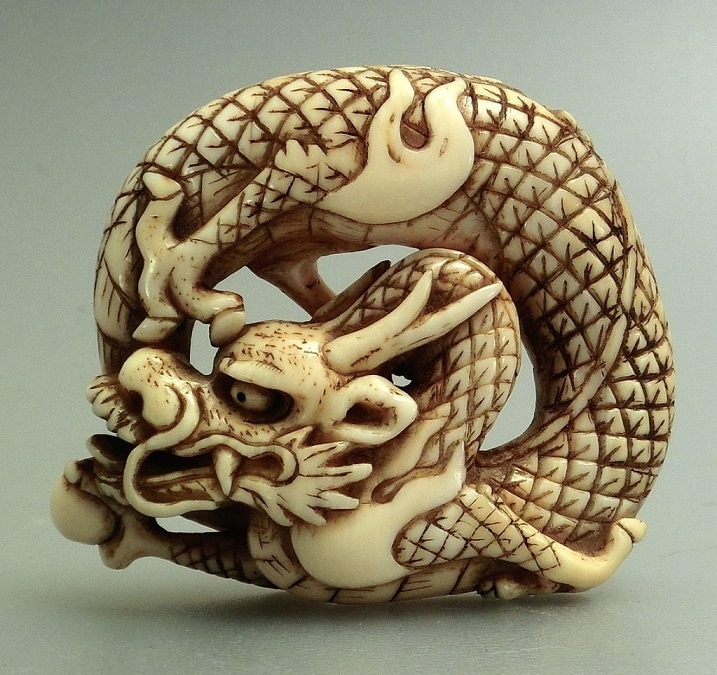 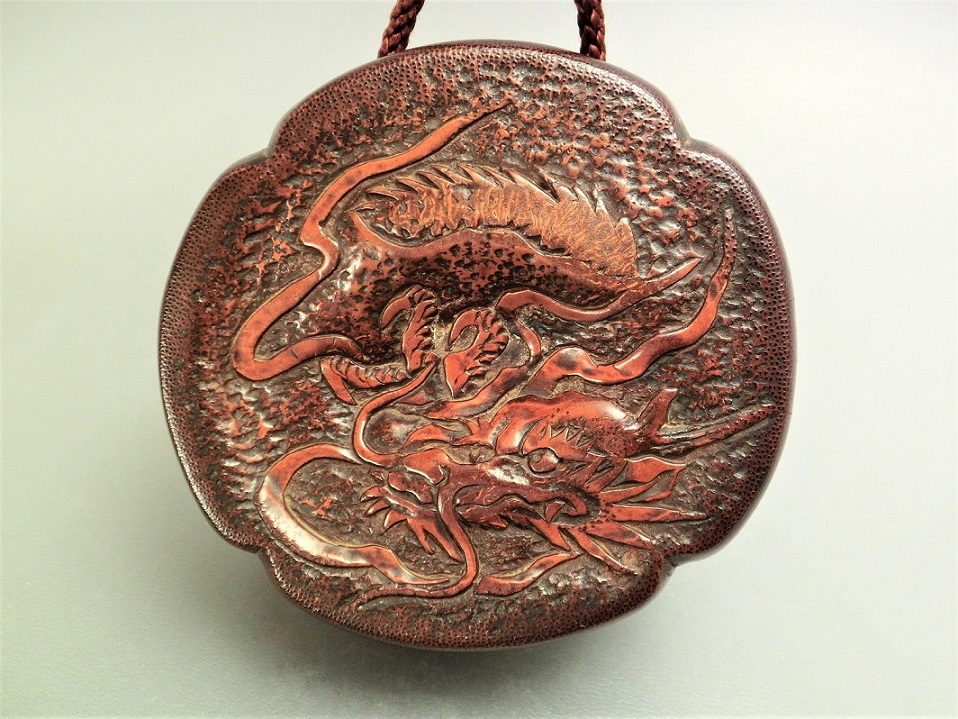 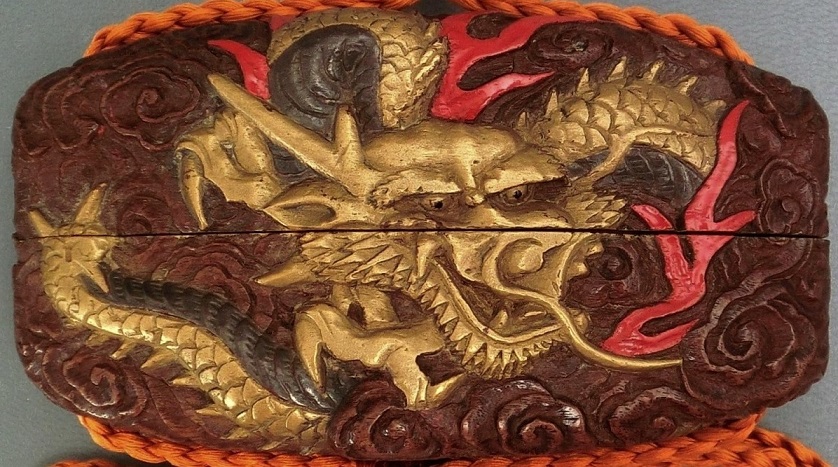 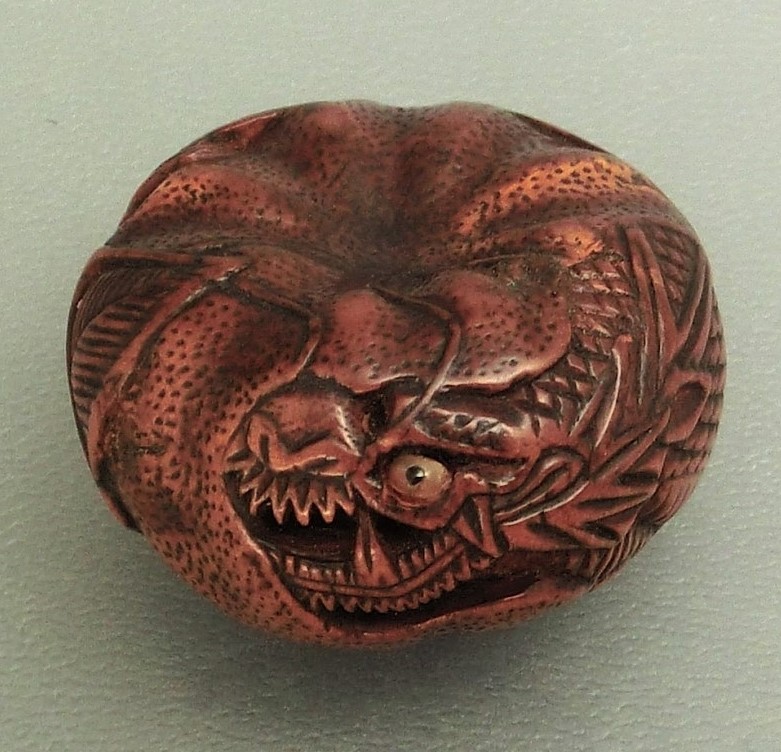 
A type of dragon known as rain dragon (雨龍 pronounced Amaryu or Amaryo), also called “螭” (pronounced Chi), has a sophisticated scaleless appearance which could be found among Netsuke and Sagemono motifs.


Amaryu is said to be the final stage of form before morphing fully into a dragon, just like some ” Shusse-uo” (fish that are called by different names as they grow larger). These “pre-dragons” have been highly regarded as an auspicious omen and design relating to water. 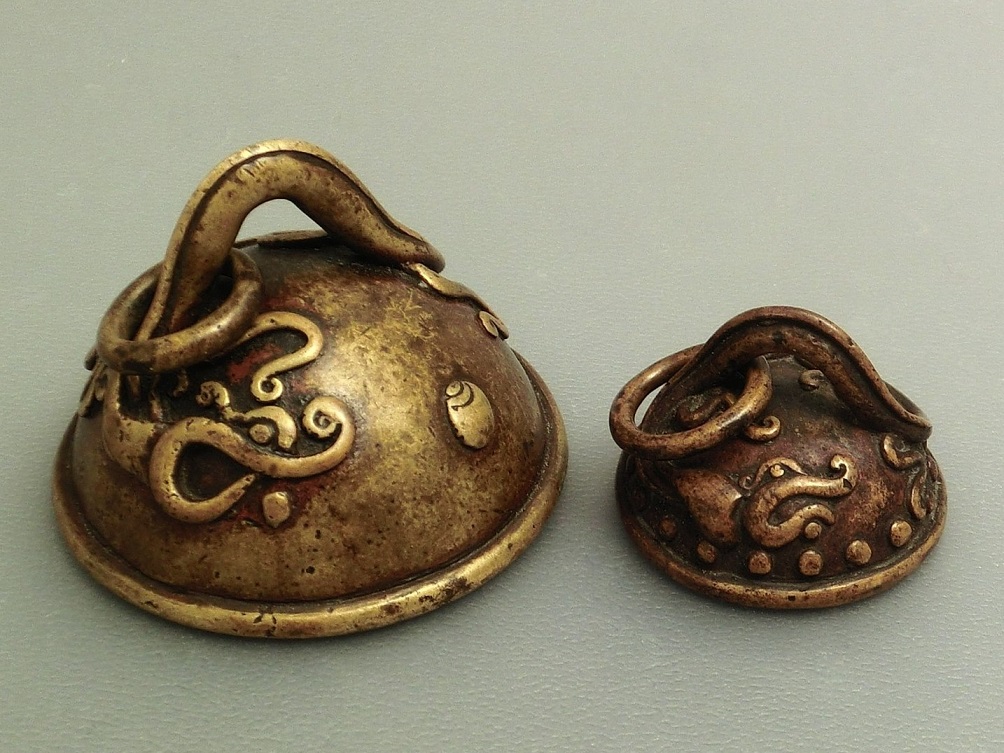 Amaryu’s long body and tail are skillfully designed as Himotoshi. 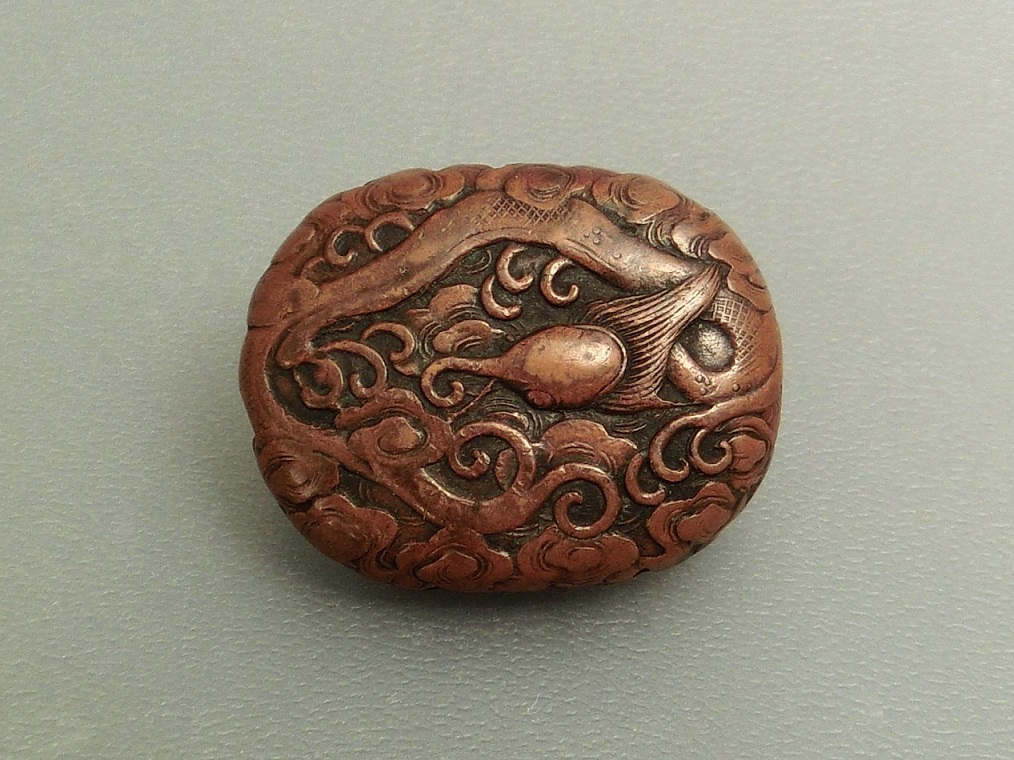 
Twin Amaryu is also known as the design on the
Buddhist crest of Nanzen-ji Temple. 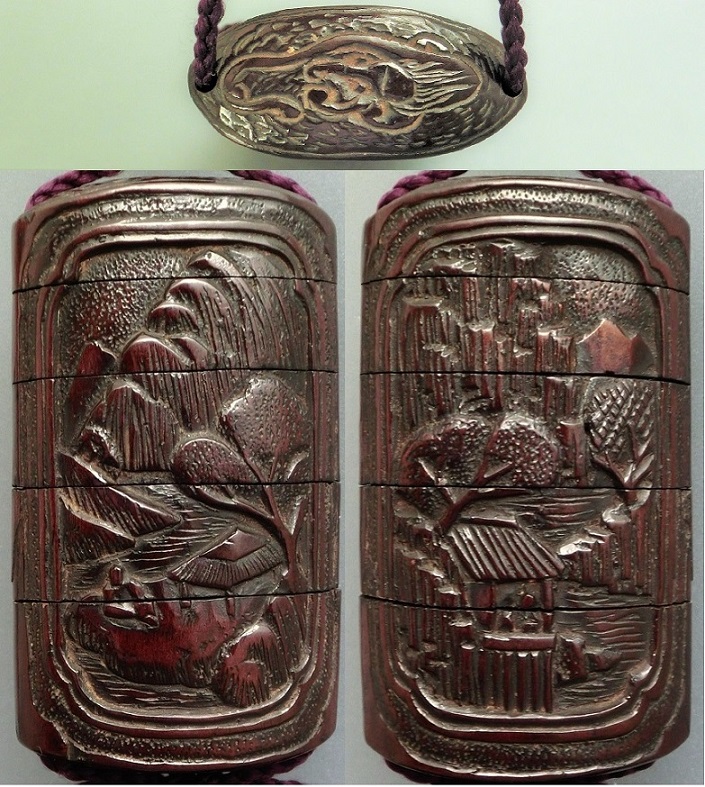 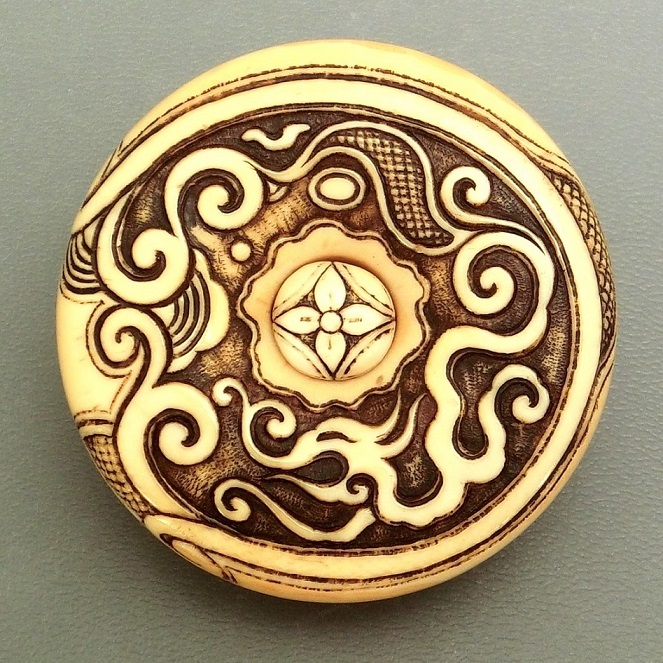 
Amaryu and dragon subjects could contain a message; once the fine balance of natural environment established over infinite time is destroyed, it is almost irreparable. I hope to convey such idea to our next generation.