As the autumn season of Grand Sumo tournament started last week in Tokyo, the Choyo Festival or Double Nine Festival was also held during the same weekend, on 9th September.


On this day, the number “9” (known for its highest Yang power [of Yin & Yang] among single-digit number) doubles, and for such reason, the boys’ Sumo wrestling is dedicated to Kamigamo Jinja Shrine.


In the world of Netsuke, Children’s Sumo-themed designs are rarely found. 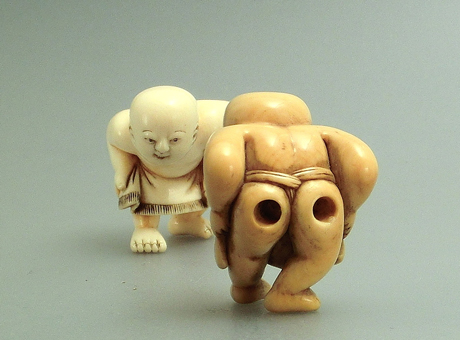 By the Meiwa era (1764 – 1772) of Edo period, Children’s Sumo Wrestling was already one of the spectacles for the launch of Sensoji Temple in Asakusa.

In the autumn of 1786, a wealthy townsman named Echigoya in Komagome Takemachi of Edo (Tokyo) gathered about fifty children between the age of ten to fifteen years and taught them how to Sumo in Hakusan Shrine.


It is said that this Sumo exhibition was very close to the professional version; a Dohyo (Sumo wresting ring) was properly set up and children wearing elaborate Keshomawashi (the silk belt worn by upper-tier Sumo wrestlers) fought in the shrine grounds with many Nobori (banner flags) in view around the ring. 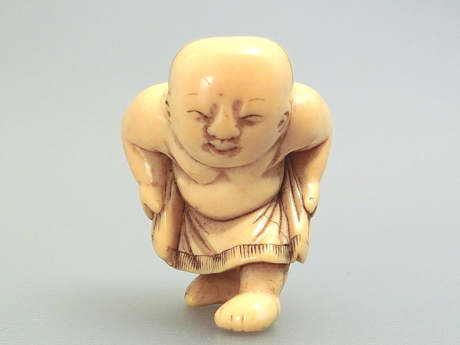 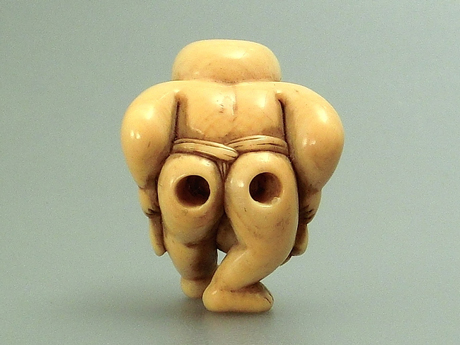 
There is a record in which the Children’s Sumo had been spectated by Ienari (1773 – 1841), the 11th shogun of Tokugawa shogunate, when he held office at the age of fifteen. Sumo became more popular since then.


In September of 1802, when Ienari was thirty years old, those children in Edo who excelled in Sumo were assembled to perform their skills in a splendid environment, and the participants’ names were documented by their Shikona (Sumo wrestler’s ring name) in records we find today.


The Shogun Ienaga was known to have had sixteen concubines and had fathered at least forty-four children. Perhaps his love for children and Sumo had passed on to the 12th Shogun, Ieyoshi (1793- 1853). At a tournament held for him in September 1843, a ring was installed adjacent to the the main hall of Sensoji Temple of Asakusa. The Yobidashi or the announcer for this tournament was a nine year old Kintaro and the referee was thirteen year old Shibamura Gennosuke. Hundred bales of rice and silver coins were granted to the contestants. 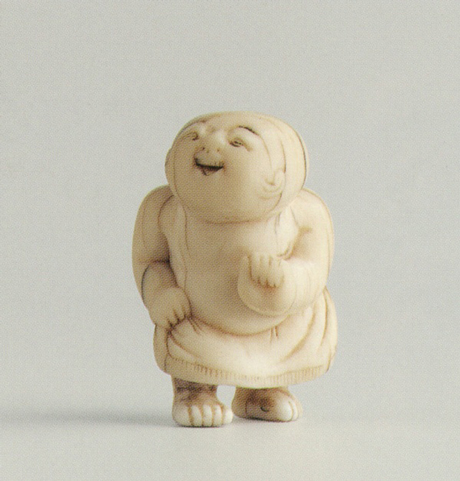 from ‘’TINY TITANS, The Sumo Netsuke Collection of Karl-Ludwig Kley’’
by R. Bandini 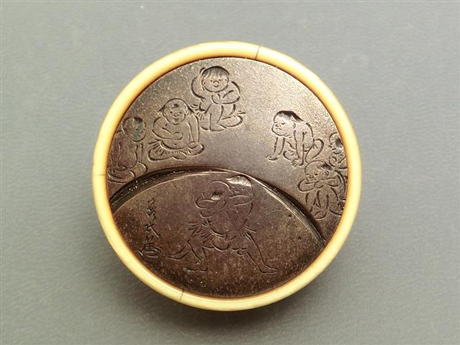 
Much to the amusement of the two Shogun who reigned successively, the Daimyo (feudal lords) at the time also enjoyed the Children’s Sumo. For people of all generations, Sumo had become a very popular entertainment sport by the late Edo period.