Matsuo Basho and his Yatate

Amongst all regions in Japan, surprisingly Tokyo was the first to welcome the start of cherry blossoms blooming following this year’s Spring Equinox.


how many, many things
they call to mind
these cherry blossoms

Matsuo Basho (1644 – 1694) also known as Haisei (俳聖 meaning “Master of Haiku”, name principally used for Basho) was forty-five when he wrote the above poem in 1688 whilst viewing Sakura (cherry blossoms) in Iga, remembering the time when he viewed it with his ill-fated lord Todo Yoshinaga who passed in his mid-twenties. 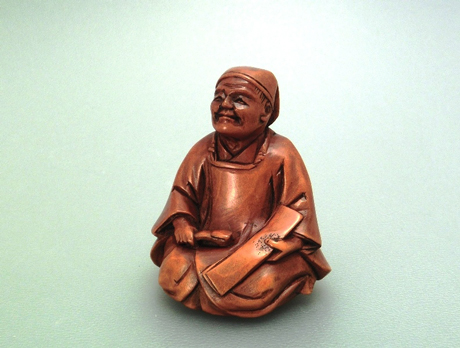 
A Netsuke of Matsuo Basho is a rare kind. Here he is holding a strip of paper in the left hand and Yatate in his right. Yatate, a portable writing instrument which holds brush and ink, was essential for people in the Edo period before pens and pencils were introduced to the commoners. 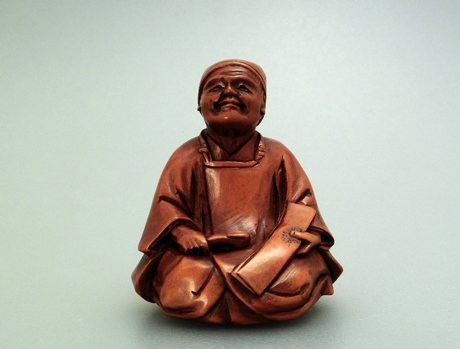 After he wrote this Haiku, Basho embarked on his long and dangerous journey to write what will be known as one of the masterpieces of classical Japanese literature, Oku no Hosomichi (“The Narrow Road to the Interior”), the same year in which the 500th anniversary of the death of Saigyo Hoshi, another renowned poet whom Basho admired, was commemorated.

In the early morning of the 27th day of the third lunar month, Basho departed from the tea house owned by his patron/follower, Sugiyama Sanpu, bound for Senju, his first destination. When he arrived, Basho wrote in honour of Sanpu, an official fishmonger appointed by the government whom he bid farewell:


Yuku haru ya tori naki uo no me wa namida


departing spring
birds cry, in the fishes’
eyes are tears

Basho continued, expressing his sense of lingering farewell with the mention of Yatate: 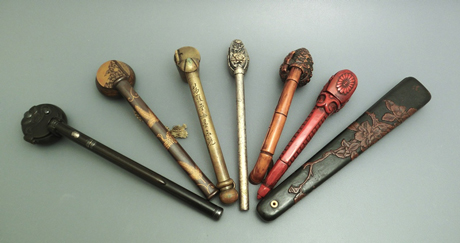 
This is the first time I use Yatate,
yet still reluctant to venture farther

After over three hundred years, these verses still resonate with our Japanese soul.

How about leaving our mobile phones and pick up Yatate instead, write an ode or two under blooming trees. Perhaps we may be able to impress those who may read them in the 24th Century?