We hope your Halloween celebration was filled with frightful fun!


There are various materials, rare and common, of which Netsuke are made.
Walnut shell being one of them. 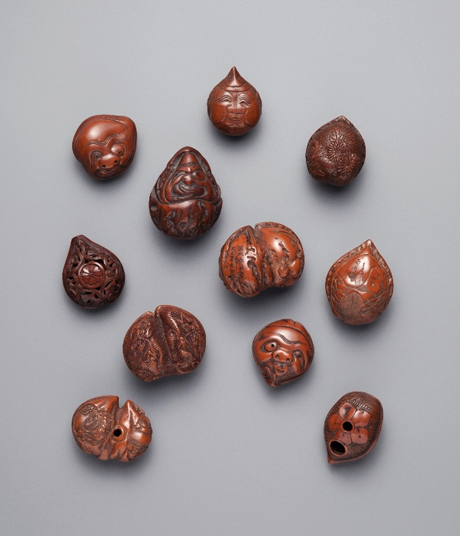 Surprisingly, on the list of Netsuke carvers in Netsuke no Kenkyu by Ueda Reikichi, no carver is mentioned as a specialist of walnut carving, however, under the term ‘Kurumi’ are the names such as Seimin, Hidari Issan, and Masanao (Ise) on various published books. 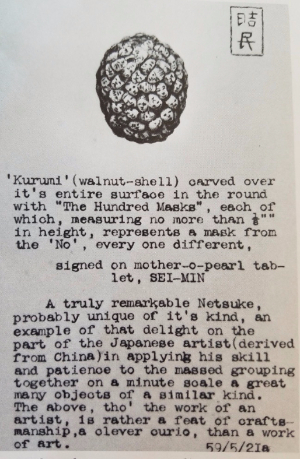 from the Meinertzhagen Card Index


A cone-shaped walnut native to Japan, Onigurumi is known to have unique designs, parodized to facial form, as the carvers take advantage of its distinctive feature. 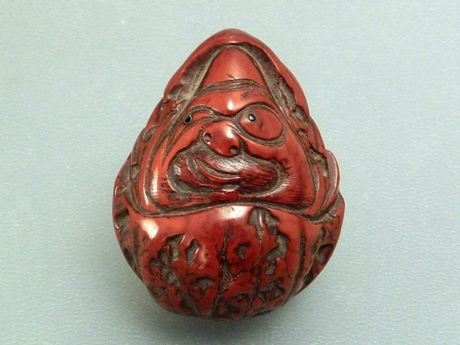 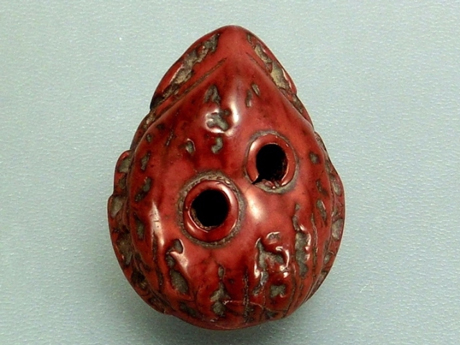 
Although this Daruma Netsuke looks simple, the eyes are double-inlaid and it has been polished to create a very glossy patina.


The walnut shell is known for its solidity, even used for polishing machineries and studless tires.
Knowing this fact, these refined carvings on such solid material are almost breathtaking. 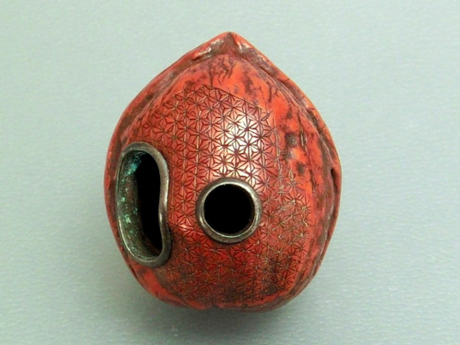 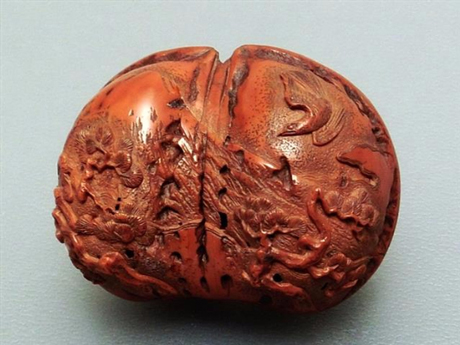 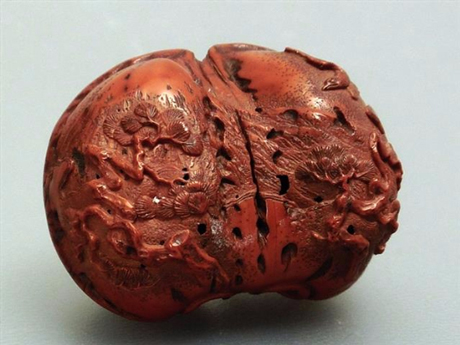 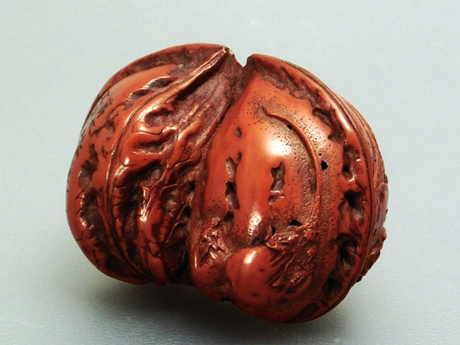 A clever design by SHOZAN with the pointed top liken to Mt. Fuji and on its left a hawk design, as referred to ” Ichi Fuji, Ni Taka, San Nasubi” (One – Mt. Fuji, Two – hawk, Three – eggplant. The three items which are deemed auspicious to dream of, especially in New Years). 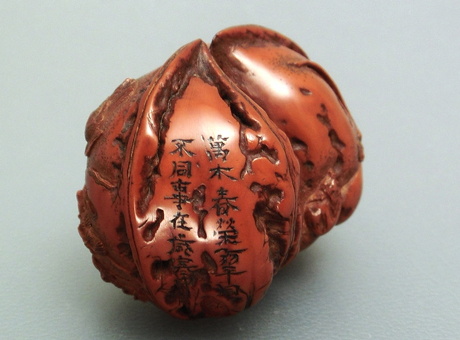 On the back of the eggplant is a poem, with the artist’s signature

in an oval reserve in the middle, at the bottom.


Incidentally, walnuts carved on boxwood in realistic style are often seen in Hida school works, among the Netsuke of Matsuda Sukenaga and his pupils in the 19th century. 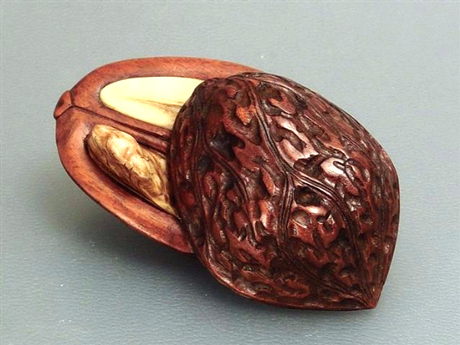 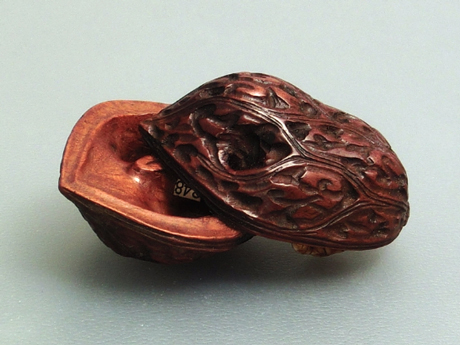 
Netsuke with the walnut design is rather rare.
Design such as frogs and walnuts together are sometimes seen among Hida Netsuke.