TOP > About SAGEMONOYA > What are Netsuke ?

Women carry them tucked in the sleeves, men suspend them on a cord passed behind their sash (Obi). These hanging objects are called Sagemono. To prevent them from falling, they are attached to a stopper called Netsuke firmly positioned on top of the sash.

The word Netsuke is written in Japanese with two characters (根付) meaning “root” and “attached”. It is therefore said that the first Netsuke were probably simple pieces of root or wood, or other natural materials such as shells, stones, etc. attached to the cord.

All small carvings are not Netsuke ! To be a Netsuke, the carving must have one or two holes (Himotoshi) to allow attachment to the Sagemono. These can be drilled or be a natural opening in the Netsuke design.

Over a period of about 300 years Netsuke have evolved from simple practical objects into superb small and intricate carvings appreciated and collected all over the world. 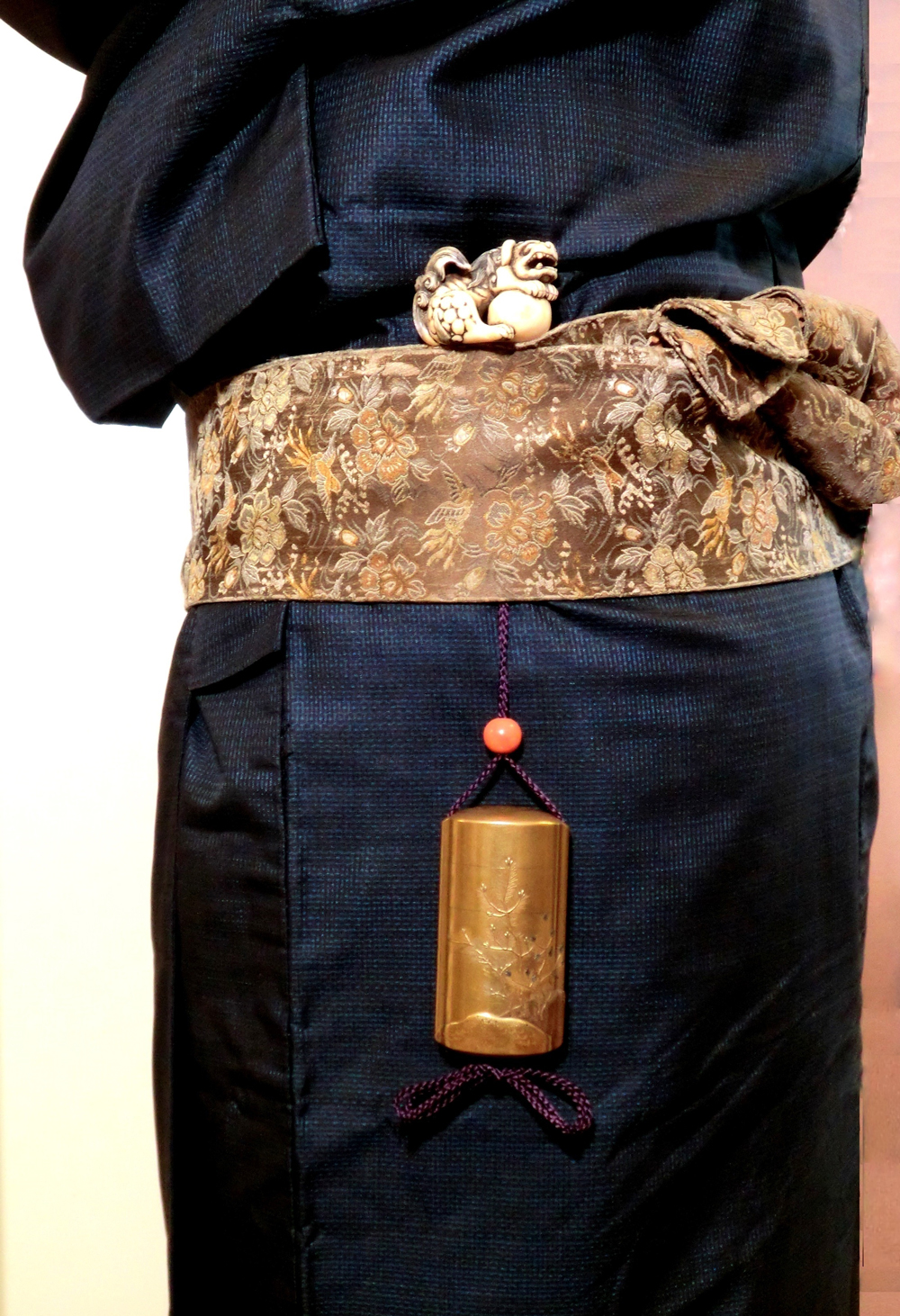 Several type exist, mainly based on their shape.

It can be said that almost all materials can and have been used for Netsuke, but the most commonly ones are ivory, wood (especially boxwood) and antlers.
Others are boar tusks, porcelain, glass, metal, teeth, lacquer, woven cane and bamboo.
Rarer materials are hornbill, coral, narwhal, amber, tagua nut and various fossilised substances. 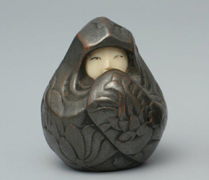 Subjects in all fields, real or imaginary, can be found in Netsuke.

Animals, especially the twelve from the Zodiac calendar, are however the most popular subject. Mythical animals such as Kirin, Kappa and Dragons (a member of the Zodiac group) are also well in demand, but Shishi is the most common among them. Others like Hakutaku, Baku or Nue are much rarer.

Foreigners such as Dutchmen and Chinese were represented, especially in the 17th and 18th centuries.

Another important group of subjects covers legends and myths often borrowed from China, including the 7 Gods of Good Fortune, Shoki the Demon queller and a myriad of Sennin (immortal persons). Japanese subjects come sometimes from Noh and Kabuki plays or folk tales. Tengu and Kappa are among the favorites creatures in this field. 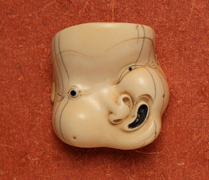 The number of carvers is as uncountable as subjects. Some great carvers have never signed their works, especially during the early stage. Some became famous thanks to the first book (Soken Kisho in 1781) to list names of Netsukeshi (Netsuke carvers). They include well known artists such as Masanao, Tomotada and Garaku.

In Japan, the history of Netsuke carving is usually divided in 3 periods:

In the 70’s, Mr. Raymond Bushell, a foreign resident in Japan and collector of antique Netsuke, discovered Masatoshi (Nakamura), a promising Japanese carver, and became his sponsor. Mr. Bushell donated the major part of his collection to the Los Angeles County Museum of Art, including many works by Masatoshi. He has also published many books on Netsuke and Inro.

In the mid-70’s, some of the younger artists felt that they should be more creative. Just at that time, American collectors Robert and Miriam Kinsey encouraged artists to make Netsuke that reflected the present day. In 1977, Miriam authored the first major book on the subject of Contemporary Netsuke, and there was huge excitement amongst the artists. In June 1977, Kangyoku, Bishu, Hideyuki and Ryushi founded what is now the International Netsuke Carvers’ Association in order that professional Netsuke artists might exchange views and ideas. The names of the above artists as well as Meikei and Ikku became known abroad.
Mrs. and Mrs. Kinsey continued to support Japanese contemporary carvers, encouraging them and collecting their work throughout their lifetime.
Nearer to us, H.I.H. Prince collected and encouraged younger carvers by organizing many exhibitions all over Japan and sometimes abroad. H.I.H. Princess Takamado continues in this role. 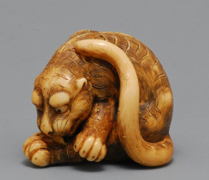 Over the centuries, Netsuke carvers tended to remain in certain regions in Japan, each having a distinctive style. The most important ones are (listed with a major carver): Kyoto (Masanao), Osaka (Kaigyokusai), Hakata (Otoman (Otomitsu)), Takayama (Sukenaga), Iwami (Tomiharu), Nagoya (Tametaka), Gifu (Tomokazu), Edo (Jugyoku), Ise (Masanao) and Tamba (Toyomasa).

As mentioned previously, the earliest listing of Netsuke carvers in Japan was the Soken Kisho published in 1781 by Inaba Tsuryu. This was followed, much later, by Netsuke no Kenkyu (Studies of Netsuke) written by Ueda Reikichi in 1943.


In Europe, serious studies about Netsuke started at the very beginning of the 20th century with publications by Brockhaus (1905), Bing (1906) and Behrens (1912). Since then many books have been published in Japanese, English, French, German and Russian by authors like R. Bushell, N. Davey and A. Ducros.

The latest book and bestseller related to Netsuke is The Hare with Amber Eyes by Edmund de Waal.